After successful tours in the UK in May and a US tour in October, this time, the Spin Doctors will be playing in mainland Europe: France, the Netherlands, Germany and Italy. Aaron, is it still exciting for you guys to play your first album „Pocket Full Of Kryptonite“ in sequence in front of audiences?

It’s actually a lot of fun. It’s a great record and the songs really hold up. It’s just fun to get an opportunity to do something like that, it’s not something that we normally do. You know, there’s a good amount of the material on the record that we haven’t played in a long time. It’s nice just to celebrate: 20 years later, that we’re all around, everybody is healthy, happy and playing great. And the songs still sound fresh to us, so it’s been really fun to do it actually.

How do the fans react to this type of shows where you play the entire album in sequence?

Oh, we’ve been getting great reactions to it. Like you said, we had a great time in England earlier in the year, we just celebrated a tour in the United States, and I think people really enjoy it. Basically, we are coming out and do the full album in its entirety. I think the album is about 50 minutes long, but live, we stretch out and do drum and bass solos in “Shinbone Alley” so the whole show comes to about 75 minutes. And then, we do an encore. We’ve been coming out and doing some songs we haven’t played in a long time in the encore which has been really fun, too. So on top of getting the whole record, you gonna hear some old songs we haven’t played in a while, too.

PFOK is the Spin Doctors’ first studio album. It was hugely successful…

I think there’s always something special about a group’s first record. It’s the best of the whole first selection of songs that we wrote. When we were playing around in New York City, we played so many gigs and we wrote so many songs! We had a huge repertoire of tunes to choose from when we made Pocket Full Of Kryptonite. And on top of that, the songs had been really worked up because we’ve been playing them live. I mean, we used to play about 200 shows a year in and around New York City. So by the time we got in the studio to record PFOK, we had played all those songs literally hundreds of times or more. So the material was strong and the band was young and fresh. I really stand behind all the records we’ve done and I love them all… but yeah, there is something special about this one.

And it’s amazing how fresh the album still sounds – after all those years.

We’ve always tried to make organic music that would stand the test of time and not use too much fancy production tricks of the era. That can be a problem: when you hear records from a certain period of time and the way it was recorded – it really puts them in that time frame. And with PFOK… It was coming out of the 80s, everything sounded really “big”. We all really loved more organic rock’n’roll like the Stones and groups like that. So we were very much involved in making sure that it sounded just real. And I think because of that and the nature of this kind of music, PFOK really holds up 20 years later really strong.

Do you remember the last time the Spin Doctors played in Germany?

Now, that’s a long time ago indeed. So I hope everyone comes out to the upcoming shows!!!

During the US tour in October, you’ve been playing a lot of rare material during the encores. “Deep cuts”, as you guys call them. Will the European fans get stuff like that as well?

Definitely. We have a whole repertoire of blues songs that we used to play. Right around the same time that we were writing all these songs for PFOK playing around in NYC, we used to play some blues clubs in New York. So in order to get the gigs, we had to have blues songs. So we wrote a bunch of original blues songs. And we’ve been busting them out! We used a lot of them in encores on the US tour and we’ll be definitely be playing a lot of them in Europe as well as other songs that we haven’t played in a long time. I know you want “Prey To Bears”, and I made everybody promise we’re gonna do it so… I will hold up to my word, my friend.

You said you had to play blues in some venues – isn’t that an odd thing for a rock band to do?

No, not at all. Rock’n’roll comes from the blues. So I think it’s a great basis for any band to have blues songs. The roots we have are in blues music. But the reason we did it was because we wanted to make some money. There were two clubs in NYC called Mondo Cane and Mondo Perso and those were two of the only places where they actually payed you a guarantee while most of the other clubs payed you a cut of the door money. And if you don’t have a lot of fans yet, you weren’t meant to get a lot of a cut from the door. So everybody wanted to play these places, ‘cause you could even go on on a weeknight and you could make 250 bucks, on a weekend you could make 500 bucks. And when you’re 20 years old and a struggleing musician, that’s a lot of money! So we basically put together a blues demo and gave it to the guy and just kind of pretended we were a blues band. A lot of other people were playing there, too. Like Joan Osborne or Blues Traveler, a lot of cool groups from that era were playing there. So we basically snugged ourselves in as a blues band and we used to play four sets a night. The first set we’d play all blues, the second we’d play blues and started to throw in a few originals, by the third or fourth set, once when we had everybody, we were doing or own thing and the club loved it. It ended up being a really cool bread and butter gig for us. But it was great because we ended up with this whole repertoire of blues songs.

The material fits perfectly into the rest of your repertoire.

Yeah, and it’s part of the era when we were doing PFOK. These are songs that were written and played a lot when in that time. So it’s really a big part of what the band is.

Last year you told me that you guys were thinking about recording some of that old blues material. Any news on that plan?

I think we’re definitely going to do it. We just haven’t really set the time and everything, but it’s something we definitely want to do at some time this year and this will be a really fun thing to do for everybody. Like I said, it’s a whole really good selection of songs that could make a really great record, maybe we’ll write a couple of new ones as well. So we’re definitely talking about the idea. And you will be the first to know when we do it, believe me.

Thank you! Let’s talk about some of the music that you’re doing when not touring with the Spin Doctors. You were playing the drums for German rock superstar Marius Müller-Westernhagen in 2010. How come?

(laughs) Good question… Well, most of the musicians from his current band are from New York. Marius’ musical director is Kevin Bents who’s a friend of mine here in New York. Marius asked Kevin to put a new band together so he hired me and a great bass player named John Conte and some other guys from the US. Yeah, we had a great time! There is a live record out right now from that tour, by the way. Marius is just great, I love working with him. He’s a nice humble guy and a great talent and I can feel why he’s so popular in Germany. And I’m going to be back! He booked a tour for the fall so we will be back working with him later this year.

Great news. So other than touring with the Spins and Westernhagen, and maybe recording this blues album with the Spins – are there any other projects for you in 2012?

I just finished recording a new album with Edie Brickell which is great and will come out later in the year. Last year, I recorded a great record with Joan Osborne. Kind of a R’n’B blues soul record that’s fantastic. And that’s coming out March 27th and we’re going to do a tour in the United States behind that. As you know, I put out my own record of original instrumental music called “Beautiful Mistake” a while ago and I’m playing some gigs every once or twice a month with those guys in New York. And James Maddock has a great new single that’s coming out in a couple of days and I will be playing with him. And there will be a lot more Spin Doctors dates throughout the spring and summer and hopefully we will do that record as well this year.

Aaron, thanks for the interview and all the best for the Europe tour – see you there! 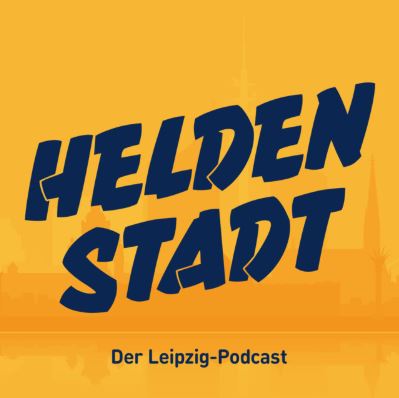